UDOT released the Draft EIS on June 25, 2021. The release of the Draft EIS was followed by a 70-day public comment period that ended on September 3, 2021. 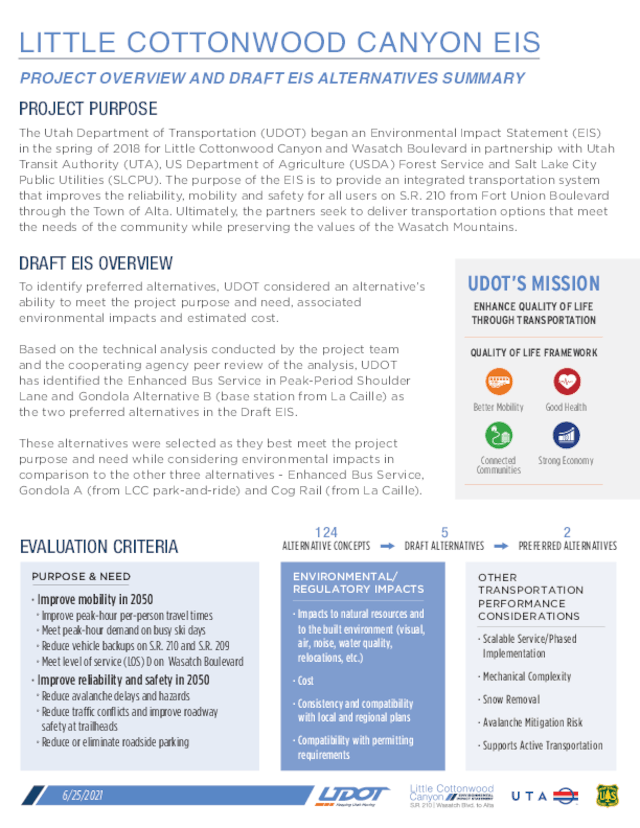 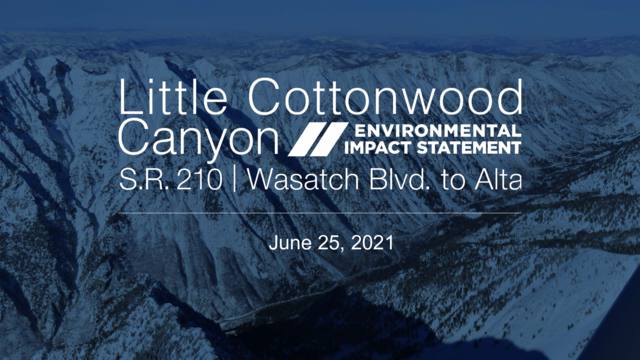 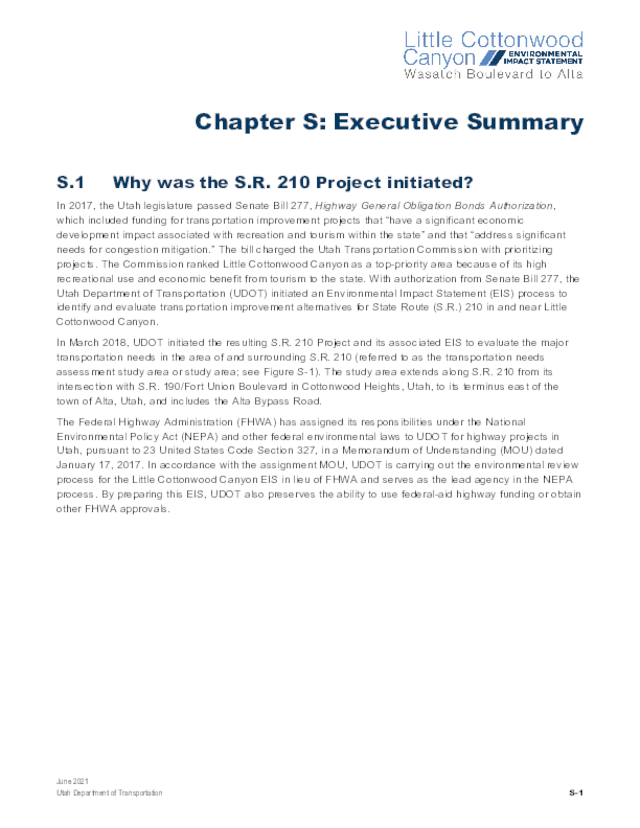 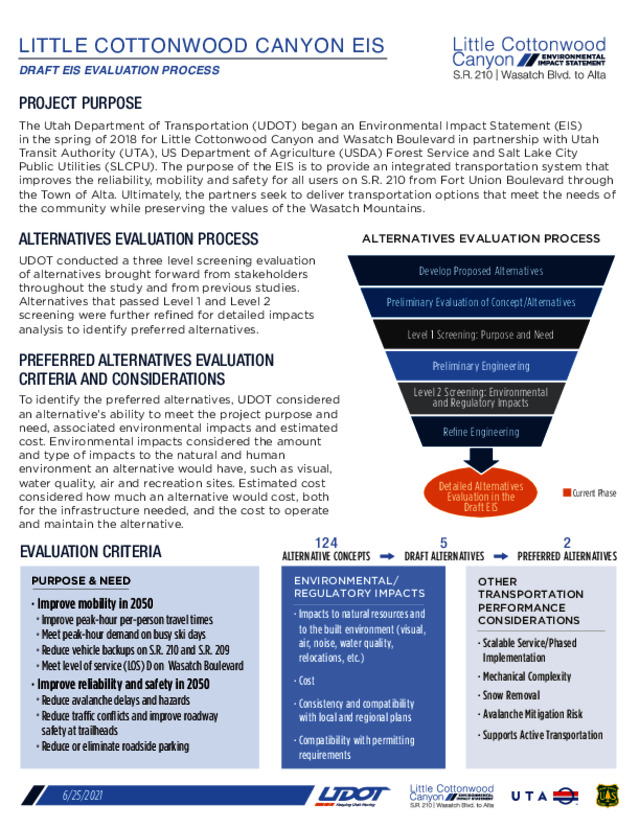 Gondola B (from La Caille) Alternative Board

Gondola A (from LCC Park-n-Ride) Alternative Board

UDOT held an open house and public hearings to answer questions and receive public input on the preferred alternatives, the environmental impacts associated with each and other transportation performance considerations. Recordings are available to view.